In this section we will present some background info about the origin and inspiration of our material. Sometimes from a historical point of view or sometimes the inspiration that led us to turn an emotion into a musical experience. We will update this page regularly with new titles. 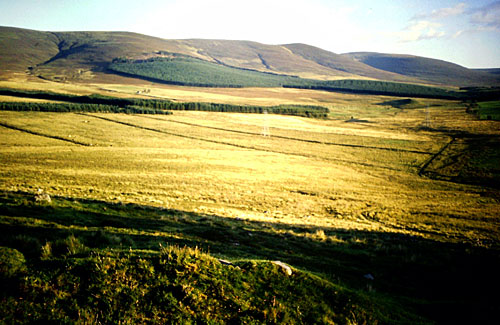 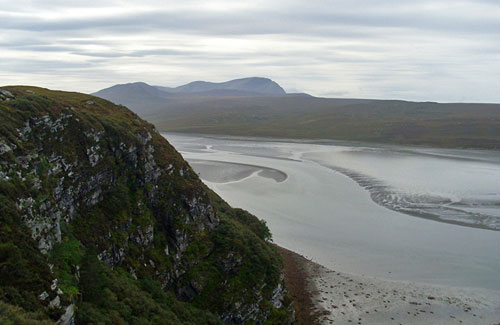 The Wizard of Reay 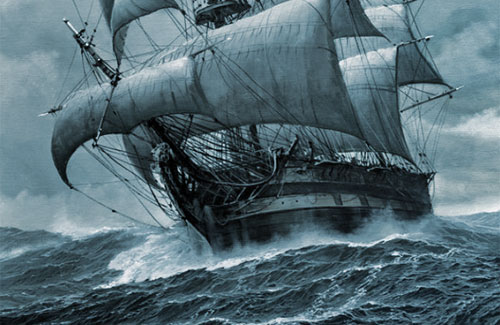 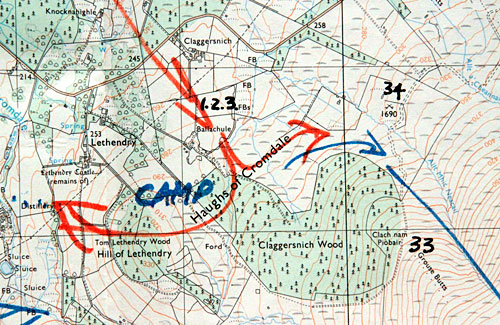 A song that found its inspiration from a description of the famous battle in 1690.

We came across this melody from various sources; one of our pipers, Les Hain, once played us a tape with this song, performed by The Corries, who played this tune more like a folksong.

The thing that struck us, was the strong melodic line, that together, with the content of the historic background, gave us the idea of transforming this into a more powerful arrangement with plenty of "Rock" elements.

Haughs of Cromdale is also a very often used tune for pipebands who play this in competition.

In the pics we see the map, the battlefield today and the piper's stone. Legend has it that the Jacobean piper played by that huge boulder during the battle...

General Thomas Buchan with 1500 Highlanders encamped on the Haughs Of Cromdale. The Laird Of Grant, after spotting the smoke of the campfires from his castle, sent for Thomas Livingstone, the commander of the garrison at Inverness. The government forces arrived at April 28th 1690.

The Redcoats attacked the Jacobite army (now only 800 strong) early in the morning and overcame the Highlanders more asleep than ready for fighting. It was an escape rather than a battle. Some fled naked up the hill fortunately enveloped by a thick fog coming down so that the Red Coats' Horse couldn't follow. This defeat ended the Jacobite rising started in 1689 by Graham of Claverhouse. It was in 1715 when the Earl of Mar raised the Jacobite standard again.

The ballad mingles Montrose's victory at Auldearn 1645 and The Battle of Cromdale. 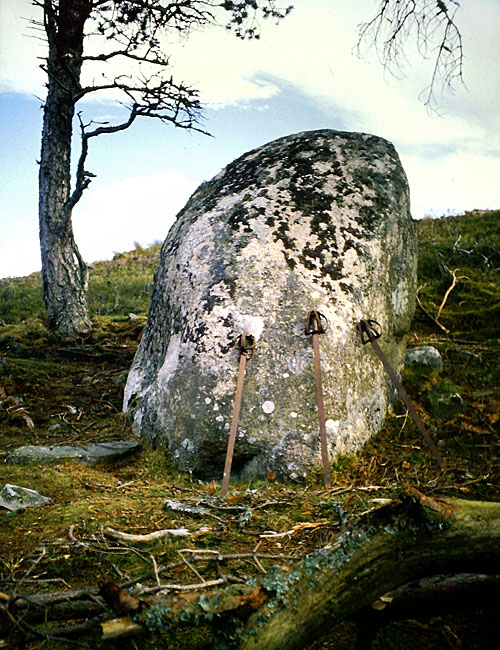 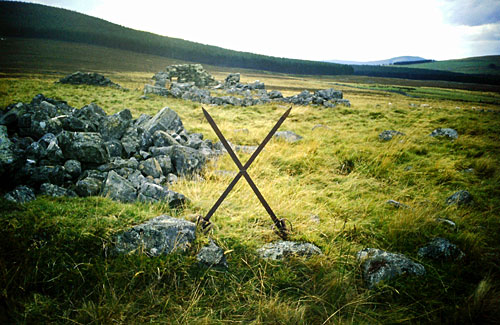 The Cromdale battleground can be found a few miles Southeast of the village of Cromdale on the A95 from Aviemore to the Northeast.

The recording of Haughs of Cromdale can be found on the "Into the Wind" CD and on several of the live registrations in more or less altered arrangements. 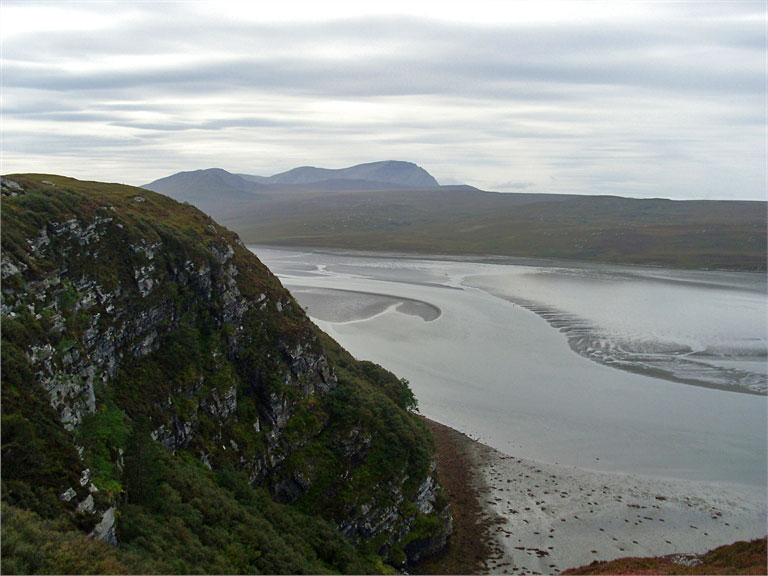 This Song came together out of 3 "Components":

1. The Pipe-Melody "The Conundrum"
Composed by Peter R. MacLeod
2. The Legend "The Wizard of Reay"
3. A Poem/Song by Robert Burns "The Deil's Awa Wi' The Excise Man"

The Wizard of Reay was a very cunning man and unlike other sorcerers, he used a combination of dark magic and wits to get out of peril. He is very similar to Crowley, and Crowley may have been based on the Wizard of Reay, in part, given both are Scottish.

For a very long time ago, a wizard lived in the most northern part of Scotland. He came from Reay, a region in Sutherland. He could swap night and day and was able to make the water in the fjord (Kyle) of Tongue boil.

His tricks were so perfect, that one day he challenged the Devil for a contest. The Wizard won this battle. "What do you want as your reward?", the Devil asked. "Invite the Taxman (Excise man) for a dance, and simply dance him into nowhere! Then we can all live in peace and distill our Whisky!"

And so it happened... 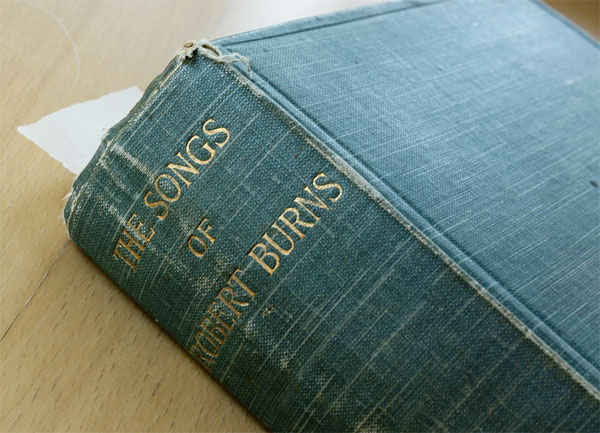 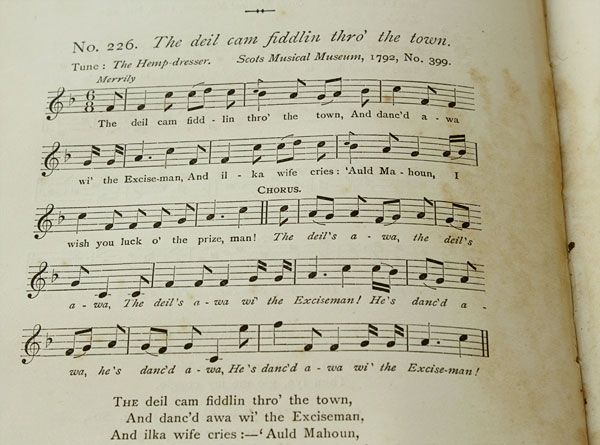 The Wizard of Reay studied dark sorcery in Italy, under the skillful tutelage of the Devil himself. When his exams were over and it was time to go, the Wizard rose with the other students, and Satan tried to grab the Wizard's soul for his own.

But the Wizard was far too quick for him, he saw Satan's plan and ran for it, yelling "The Devil take the hindmost!" and Satan only grabbed the Wizard's shadow. From that day on, the Wizard was without a shadow, and Satan was eager to grab the rest of him.

Meanwhile, the Wizard of Reay made up a name for himself by kidnapping, robbing, torturing and then drowning numerous people in his region of Scotland. He passed himself off as a respectable figure and thus he got away with it - but he was deeply barbaric, sadistic and cruel under his guise. 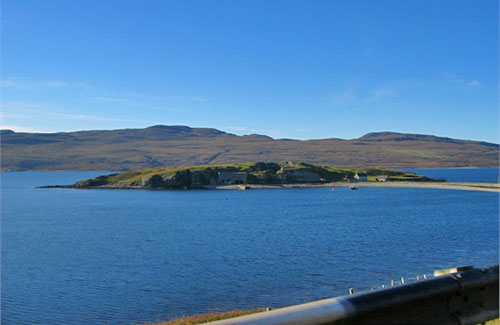 Another one of our Favourites! (and the audience's as well...) Starting with a very recognizable guitar-riff and turning into a steamy & bouncy groove... Lots of harmonies in the vocals bring an extra dimension to the melody!

The idea for this song came from a historical publication "Tales of the North Coast" written by Alan Temperley in 1977, describing Donald MacKay's adventures and live. Alan Temperley originally used the book as a school project.

The very specific opening guitar-riff was composed by the band using a recorder (flute) as initial instrument... (So it has changed quite a bit...)

Donald lived in Armadale and was 12 in 1786 when enticed onto a ship lying anchored offshore near Tongue belonging to MacIvers from Stornoway who conducted coastal trade in Scottish waters.

He escaped in 1792 at Loch Eriboll when another MacIver vessel on which he was serving as cook anchored to fill casks of fresh water. Arriving home after 3 days` walking, Donald, now grown and tanned,saw his father sitting by the fireside and asked if he might have lodgings for the night. 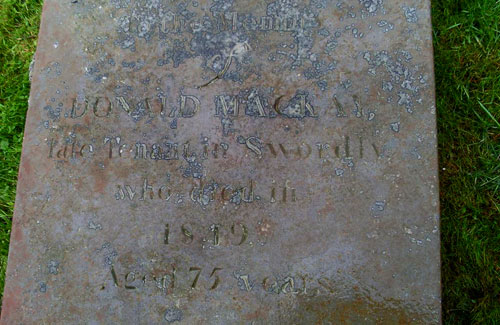 Bettyhill Churchyard near the Farr Stone

His father, not recognising him, said he would be welcome, particularly as his own son was a sailor if still alive, provided the woman of the house agreed. The mother was fetched, and she stood looking at the sunburntstranger until he burst out "O! mo mhatheir! Nach eil sibhe gu'm aithneachadh?" ("O! my mother! Do you not recognise me?").

Donald died in 1849 and was 75 years old. He was buried in the Bettyhill Churchyard, near the Farr Stone and his gravestone can still be seen today.